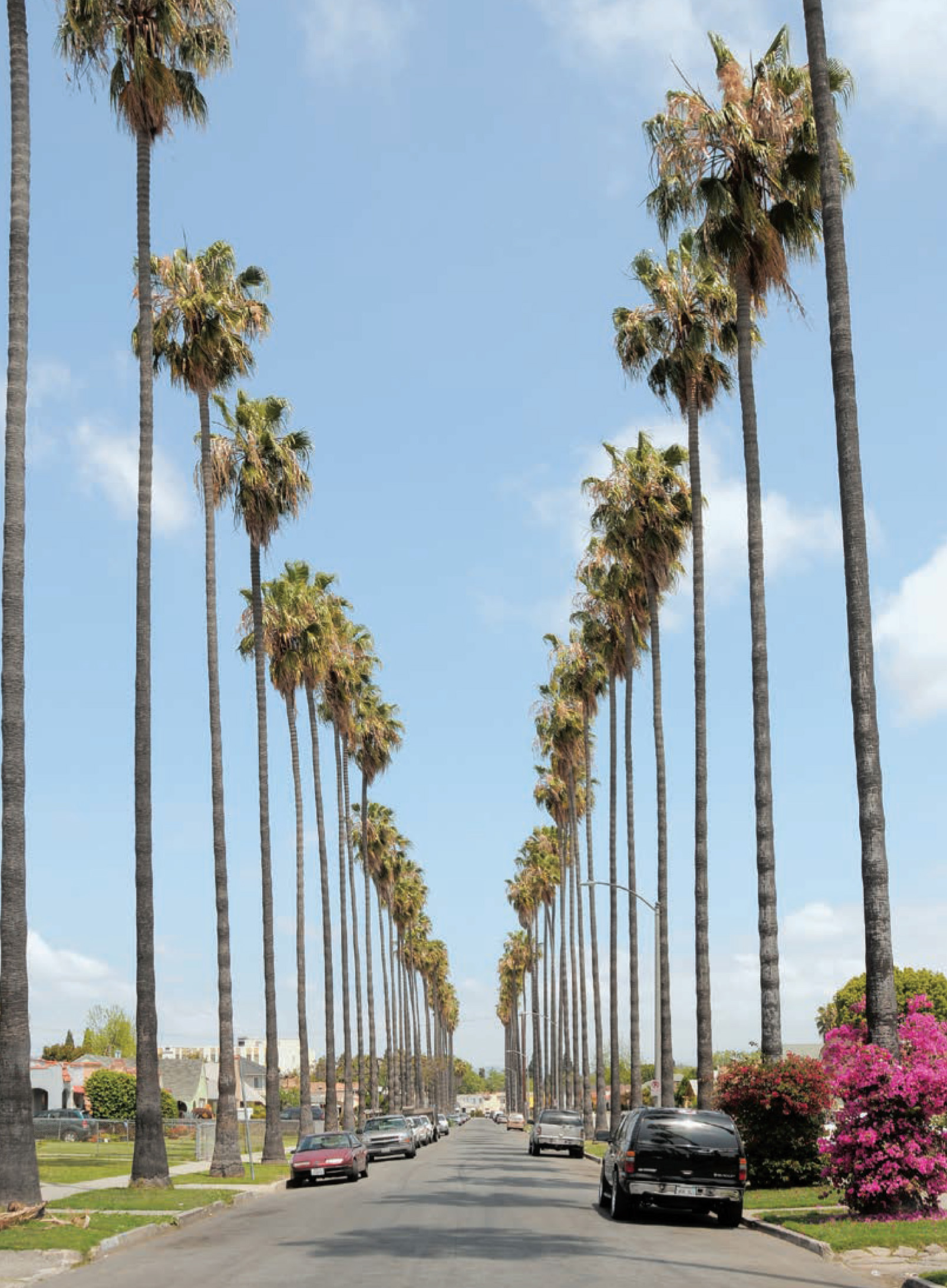 Los Angeles Standards is a photographic portrait of Los Angeles which offers a way to view the city through 15 typologies which identify this unique city environment.

The 1300 photographs were taken between 2008 and 2012 by French architects Caroline and Cyril Desroche during the years they live in Los Angeles while working at Frank Gehry’s office. They are organized in order to compare and contrast the design archetypes that they have identified, including Mini-Malls, Billboards, Freeways, Parking Lots and Stilt Houses. Each picture is accompanied by its address for research and travel.

Los Angeles is a polynuclear city, which developed and expanded over a huge landmass during the 20th Century.
Its fragmented urbanism quickly evolved, changing from a multitude of communities in relation to railroad and freeway networks, to a megalopolis with residential, commercial and industrial areas existing side by side. Its development contrast markedly from the growth of East Coast cities or European capitals, which grew around an industrial core.

What appears to be an endless suburban and urban sprawl is in fact an enormous heterogeneous assemblage of buildings, houses, structures and empty lots, which belies its role as de facto architectural research laboratory which spawned some of the great domestic buildings of the 20th century.

This book aims to identify various standard elements which visually define Los Angeles. While the city is in a continual state of flux, becoming denser and re-defining its urban landscape every day, this book is also a record of the influence of its urban history on its present identity. 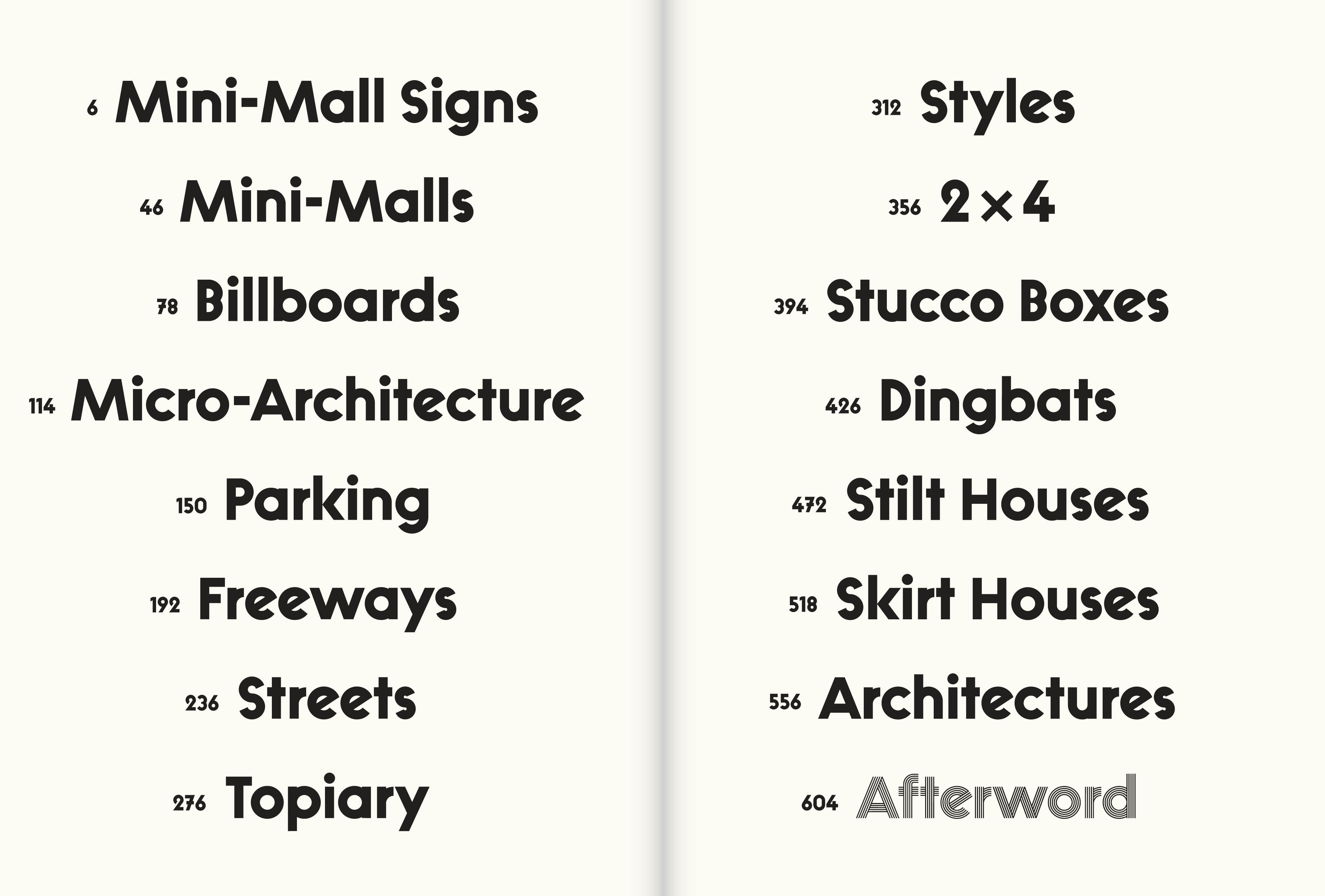 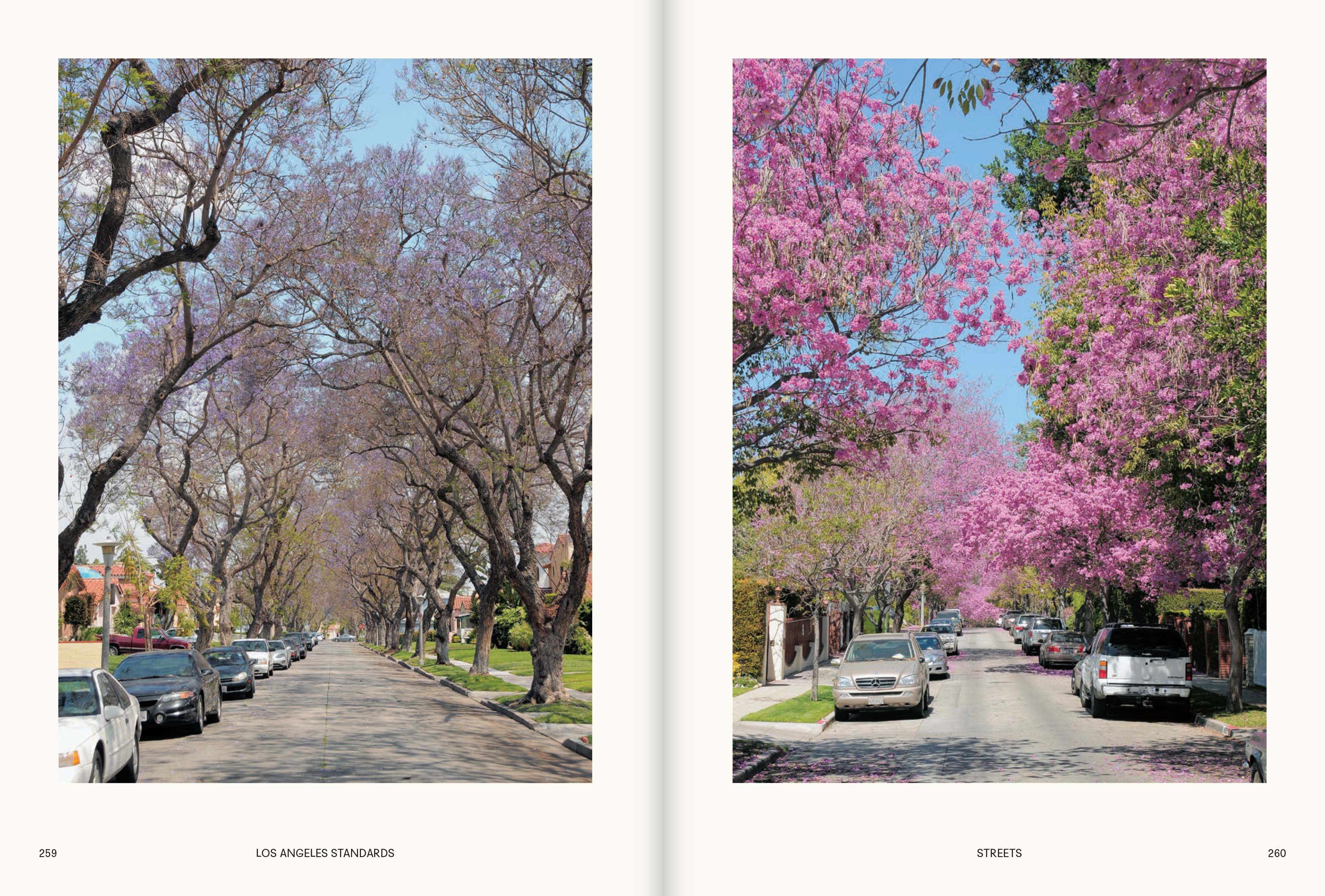 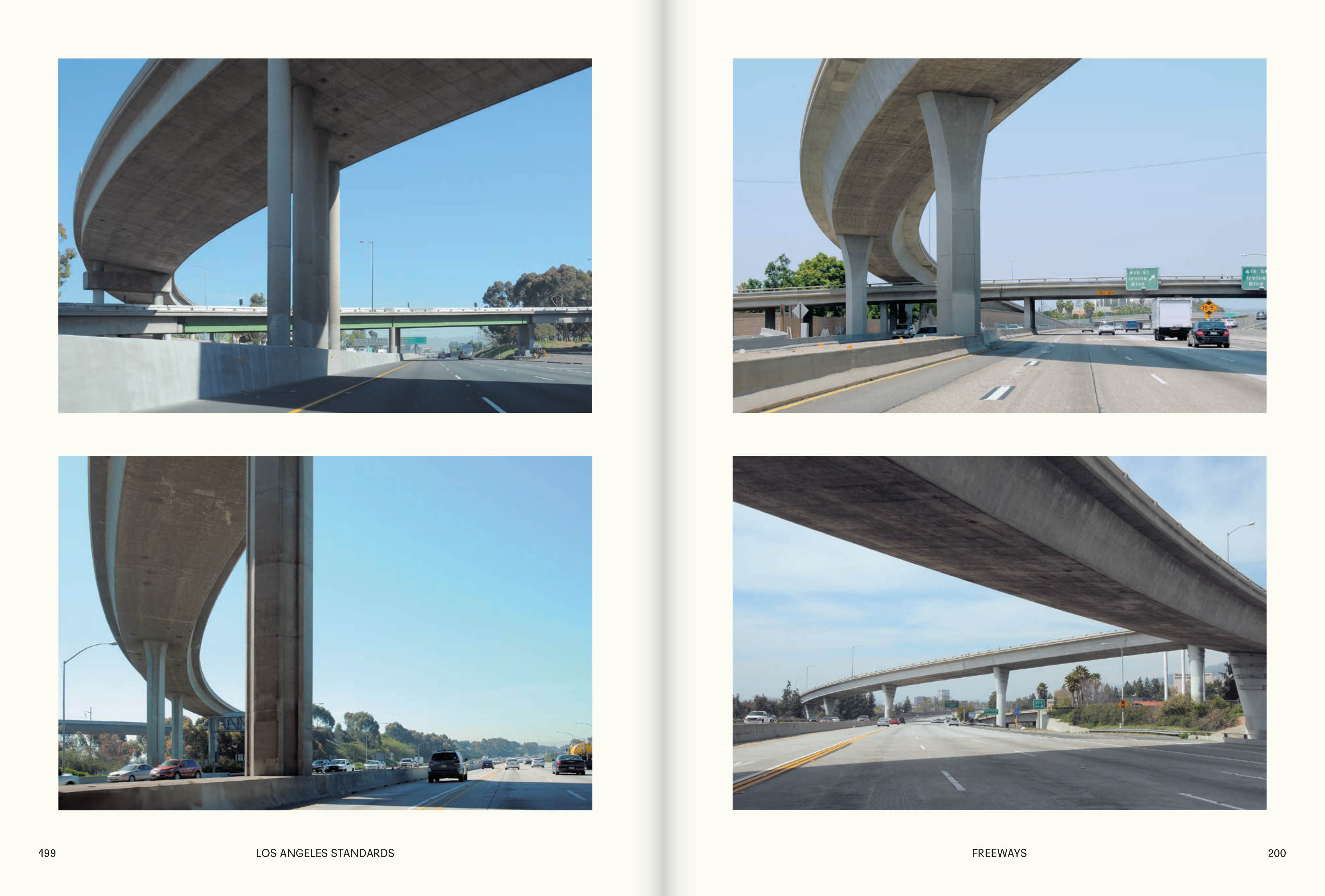 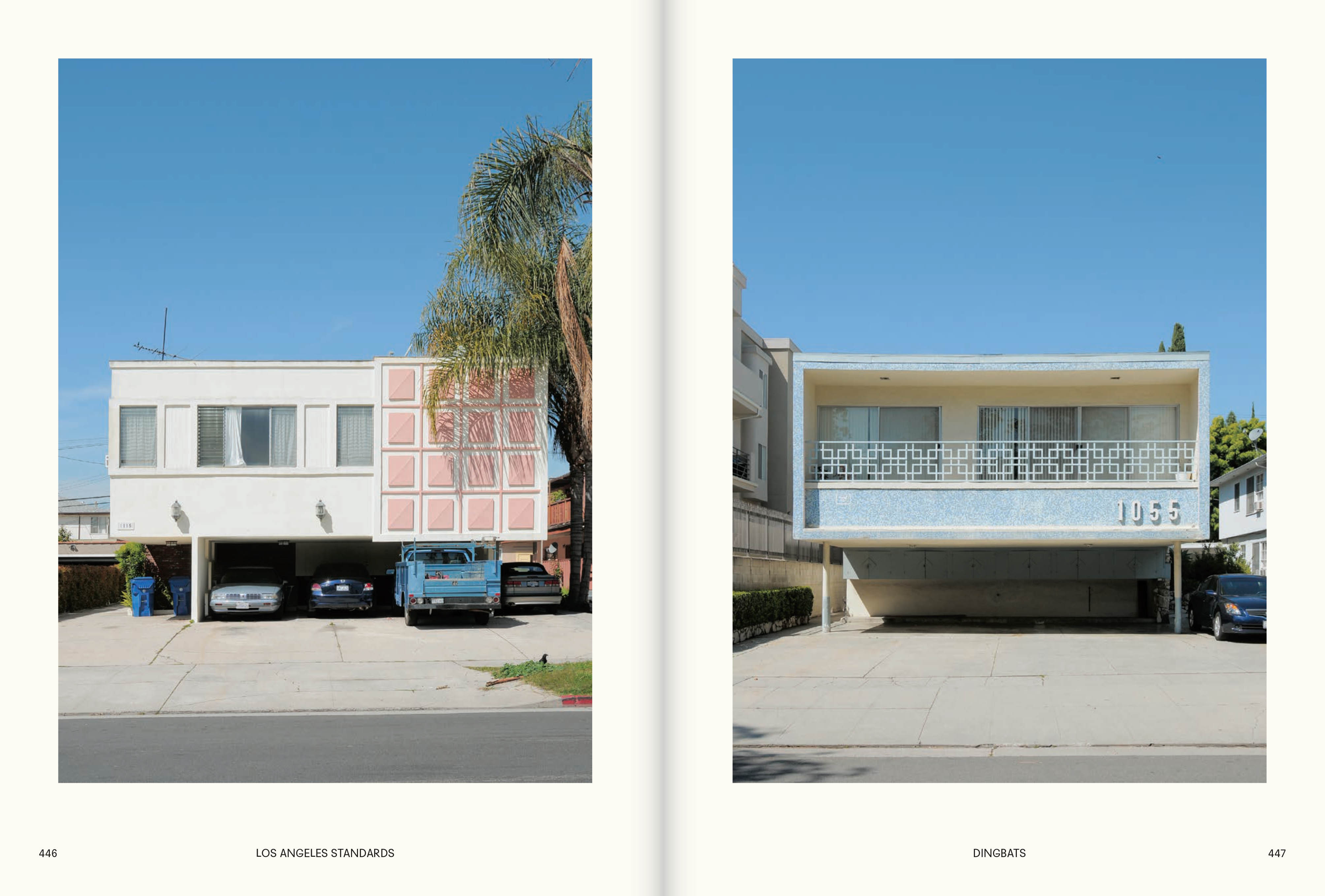 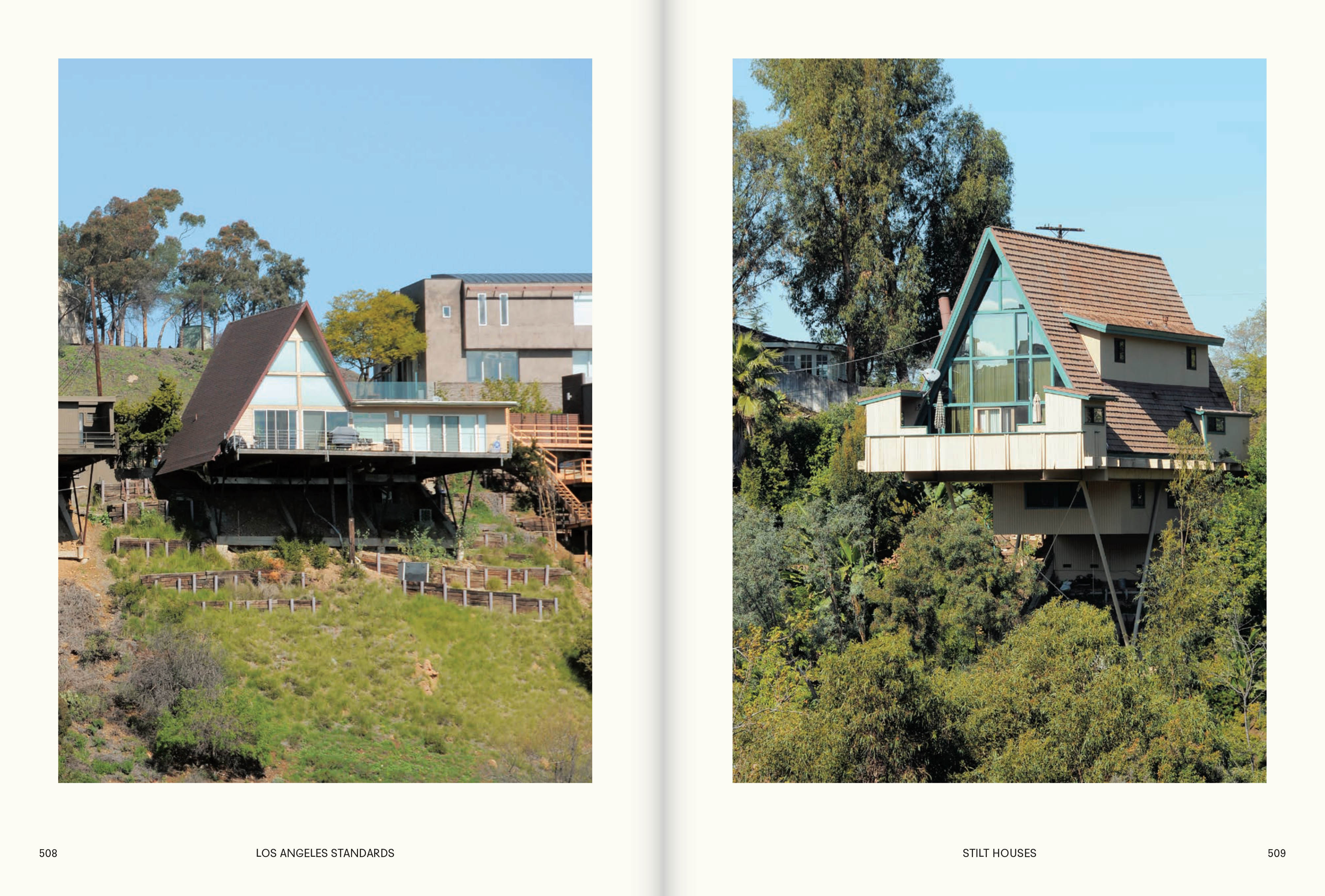 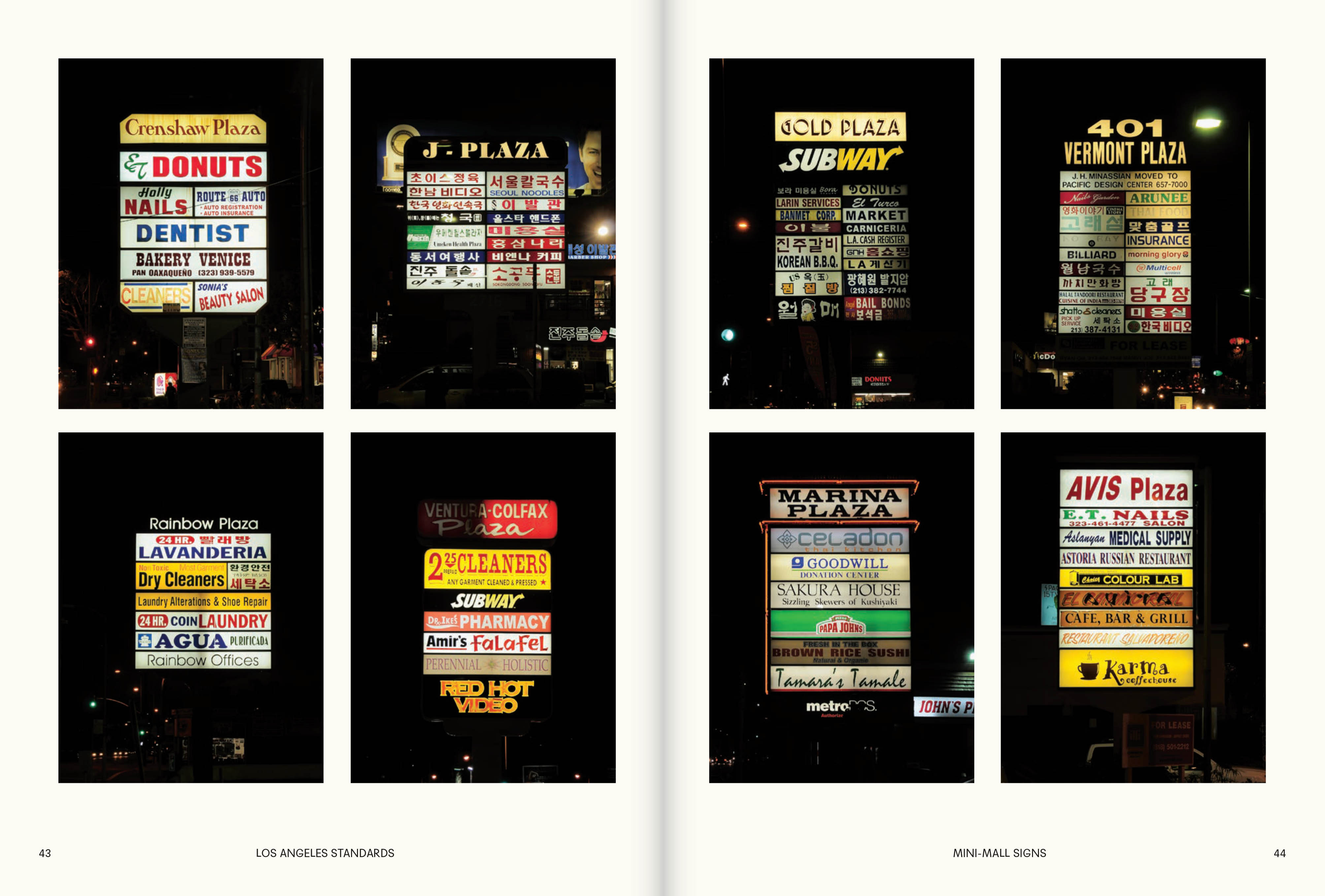